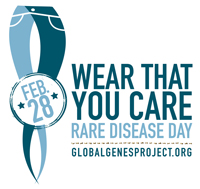 Wear That You Care™ Campaign took the world by storm!

Schools, Local Businesses, Disease Groups, Global Corporations were some of the hundreds of organizations participating in the Wear That You Care™ campaign supporting World Rare Disease Day 2011. “The goal of this campaign has always been to make it simple for people to participate and support rare disease families”, said Nicole Boice, co-founder Global Genes Project. “Rare Diseases are complex, the science behind the research is complex, the symptoms and medications are hardly pronounceable, making it difficult for the world to support this community in need”. It’s not easy to understand, and it is overwhelmingly scary for the general public. We are committed to changing that fact. The Wear That You Care campaign is something that is easy to participate in, helps provide an easy entry into supporting this community in need.
The Global Genes Project™ plans on continuing to make it easy to get engaged, show support, and build new champions for the millions of children and their families affected by rare disease. Global Genes Project™ will accomplish this through continued programs and educational efforts. “It is hard to generate support for something people don’t understand, we need to help them understand, in their terms, creating simple ways for people and organizations to support this community of millions”, Boice stated. 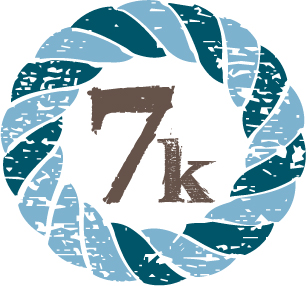 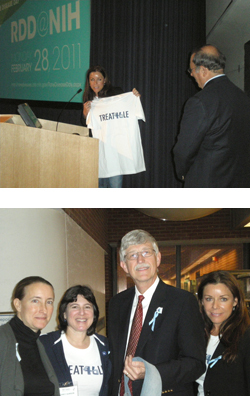 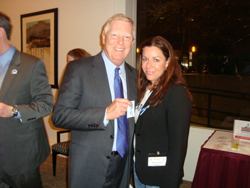 John Crowley and the Rare Disease Legislative Advocates Group hosted a rare disease day (evening) event following the efforts at NIH. John Crowley, CEO Amicus and Pompe Disease parent advocate spoke to the group, which included Dick Gephardt (pictured right with Nicole Boice), House Majority Leader, who has been very supportive of the rare disease community and will continue to do so. Well attended, with support from PhRMA.

Global Genes Project and 46NYC launched their ‘Treatable’ tshirt to benefit children and their families affected by rare disease. The campaign is on – all our children deserve treatments! – this is a powerful message and one that we can easily all participate in. We have lot’s of ideas about who needs to ‘be seen’ in a Treatable Tshirt! Send us pictures of you wearing yours and let’s post them on facebook!!! Stay tuned for more efforts related to the Treatable campaign.

A Special Thanks to the current Global Genes Project Team:

Thank you to our supporters:

Don’t forget to join the discussion onFacebook, Twitter, and within the ‘Global Genes’ blog channel.